Is a city in the Mexican state of Sinaloa. The city serves as the municipal seat for the surrounding municipio, known as the Mazatlán Municipality. It is located at 23°13′N 106°25′W on the Pacific coast, across from the southernmost tip of the Baja California Peninsula.

Mazatlán is a Nahuatl word meaning “place of deer.” The city was founded in 1531 by an army of Spaniards and indigenous settlers. By the mid-19th century, a large group of immigrants arrived from Germany. These new citizens developed Mazatlán into a thriving commercial seaport, importing equipment for the nearby gold and silver mines. It served as the capital of Sinaloa from 1859 to 1873. The German settlers also influenced the local music, banda, which is an alteration of Bavarian folk music. The settlers also established the Pacifico Brewery on March 14, 1900.

With a population of 438,434 (city) and 489,987 (municipality) as of the 2010 census, Mazatlán is the second-largest city in the state. It is also a popular tourist destination, with its beaches lined with resort hotels. A car ferry crosses theGulf of California, from Mazatlán to La Paz, Baja California Sur. The municipality has a land area of 3,068.48 km² (1,184.75 sq mi) and includes smaller outlying communities such as Villa Unión, La Noria, El Quelite, and El Habal. Mazatlán is served by General Rafael Buelna International Airport.

The Historic Center of Mazatlán, among whose former inhabitants are French, German, Chinese, Italian, Spanish and Americans (many contemporary inhabitants of Mazatlán are descended from these), was named Heritage of the Nation on March 12, 2001. A civil association composed of a group of Mazatlán locals have managed to revive this area, along with the support of various organizations, companies, and government authorities. Among the buildings and areas of high cultural value are the Plazuela Machado, the Angela Peralta Theater, the old Hotel Iturbide (today the Municipal Arts Centre), Mansion of Redo, Melchers House, House of Retes, Corvera Building, Bank of London and Mexico Building, Haas House, Temple of San José, and various others

Mazatlán hosts several events annually, the most important being the International Carnival of Mazatlán, which was 114 years old in 2012.Other important events are the Mazatlán Cultural Festival and the José Limón International Dance Festival, celebrated every year in the winter and spring, respectively. There is also the Book Fair and Arts of Mazatlán (Feliart) and Mazatlán Book Fair (FELIMAZ). Another important event is the International Motorcycle Week, which attracts thousands of motorcyclists from around the country as well as from abroad, and is held each year during Easter week. In sports, Mazatlán is home to the Pacific International Triathlon held in April, and the Pacific International Marathon, which is held every year in late November and early December, and is attended by athletes from around the world.

In 2012, Mazatlán was chosen as the host city for the tenth installment of Premios Oye!, prizes awarded by the National Academy of Music in Mexico, and the Volleyball Olympic qualifiers for the Olympic Games in London 2012. Mazatlán Carnival

This is currently one of the most important carnivals in Mexico, since the first parade on Sunday brings together more than 600,000 people for over three hours in the coastal area of the city on the “Avenida del Mar.” A novelty that allows tourists to come from all over the world to witness this festival is called “Burning of humor” where tradition says to burn a character (Monigote) representing someone who people think has done a misdeed, which usually means politicians, presidents, or as in 2013, “influenza” was burned. Both of these have negatively affected the country’s image in recent years. This is followed by the famous “Naval Combat,” depicting the battle that took place against French vessels seeking to land at the port.

A very representative element of this carnival are the great “Monigotes” that are placed in important areas of the city as decorations. These are giant figures made of paper mache are supported by large structures. The central events of the carnival are the crowning of the queen of the carnival, and this is a massive event held with a selection of world-class artists. Two parades are scheduled, one on Sunday and another on Mardi Gras (to close the celebration). Superbly decorated and colorful floats line a good part of the coastal walk, with an estimated several hundred thousand spectators in attendance. These include royal courts, ambassadors from around the country and abroad, special guests such as athletes, TV entertainers, and various showbusiness personalities, not to mention hundreds of Mazatlecos of all ages and social conditions. The Mazatlán Carnival is distinguished from other carnivals for its distinctive accompaniment by Banda Sinaloa music that has transcended the world through what is today called “la onda grupera.” Events includes cultural activities (poetry contests, literature prizes, and shows of enormous artistic quality), with which the party extends to all sectors of the population and covers a range of local and tourist tastes. Sports Baseball is very popular among Mazatlecos. The representative team, called Venados de Mazatlan, is part of the Mexican Pacific League. The league’s season begins in mid-October and ends in late December. Playoffs are in January and from the eight teams that make up the league, one becomes the representative of Mexico in theCaribbean Series.

Mazatlán is a major sporting center of the country, with important sporting activities such as the marathon and triathlon, in which not only local but also foreign athletes participate. Another sport that has been practiced for over 25 years is soccer, with major achievements both statewide and nationally. One of the initial cricket teams in Mazatlán were the Mazatlán Redskins.

The General Rafael Buelna International Airport (IATA Code: MZT) has daily domestic flights and international flights to the United States and Canada. By land, Mazatlán is connected to the north (Culiacan) and south (Tepic) and to Guadalajara via highway 15 and the corresponding Federal Highway 15D. To the east, it is connected to Durango by Highway 40 and the corresponding Federal Highway 40D. Ferries make the daily journey to La Paz, Baja California Sur, while a varied number of cruise ships visit the port every week from the United States. 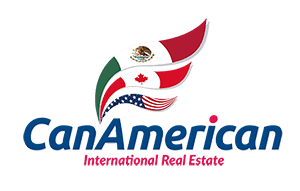